Although some resist its gravitational pull, social media and especially Twitter are becoming an increasingly valuable tool in academic and community-based cancer care, with thoracic oncology helping set the pace for its growing presence. As its utility continues to grow, social media has been forging a stronger international community that is no longer limited by geography and that is able to connect to share the latest information and debate the significance of new findings. At the same time, it has created a new virtual space in which historic partitions between physician researchers and patient and caregiver groups have eroded.

Amplifying the Message About Approvals, Publications, and Trial Results

Overall, social media use by physicians, patients, and caregivers has grown over time, offering great network effects in the process. Oncologists are using social media for a mix of personal and professional connections. However, because the value of a social network of colleagues amplifies the utility of a platform, Twitter has become the setting with a critical mass that has attracted an ever-growing array of healthcare professionals. Here, cancer care specialists have the opportunity to often learn the latest information from each other about a U.S. Food and Drug Administration approval, a new publication, or breaking trial results. With science and medicine so dependent on sharing information as part of a community with a shared goal of moving the field forward, healthcare professionals commonly follow a wide range of their colleagues from around the world who can engage in active, even if sometimes lighthearted, discussion about the potential importance and shortcomings of development.

One poignant example pertains to the ADAURA trial, which demonstrated a highly significant improvement in disease-free survival but without evidence of an improvement in OS yet with adjuvant osimertinib over placebo for patients with resected EGFR-positive NSCLC.1 Nathan Pennell, MD, PhD, from the Cleveland Clinic shared a meme about the clinical significance of the trial that was “liked” by more than 400 people on Twitter.2 Alongside this bit of comic relief, though, discussion of the ADAURA trial before, during, and after its presentation in the Plenary Session at the American Society of Clinical Oncology (ASCO) 2020 Virtual Scientific Program has involved dozens of participants—including oncologists, patients, and other observers—in an international debate about needed trial endpoints, the trial’s strengths and deficits, and whether the cost of a treatment should be considered in weighing the clinical significance of a trial. Weeks later, Twitter continues to feature an ongoing, dynamic, and thoughtful discussion from some fresh perspectives, from both the healthcare professional and the patient side of the exam room and from many individuals beyond the short list of well-known figures in the lung cancer community.

One clear theme that has emerged is that the established stakeholders have embraced social media in many forms as a means of reaching a broader audience and ideally amplifying their message through audience discussion and sharing. Healthcare organizations cultivate communities interested in their work and share information about research being conducted and education being offered by their faculties. The vast majority of professional journals that previously delivered material exclusively as print copies now reach their audiences overwhelmingly through electronic distribution. Many editors and authors alike increasingly recognize the potential amplification of their content shared easily and discussed widely on social media (Figure). It is based on this recognition that I joined JAMA Oncology as web editor and host of their series of audio author podcasts. We see journal clubs on Twitter discussing new data and professional groups like the Wolf Pack, a group of women in hematology/oncology, supporting and providing career guidance for each other in a way that removes geographic barriers.

A critical turning point in the academic utility of social media has been the endorsement and explicit encouragement of professional societies like the IASLC and ASCO to strengthen the discussion of conference presentations and extend them beyond the boundaries of the conference center. Some scientific and medical societies only a few years ago prohibited the sharing of results on a public social media platform. In contrast, professional societies have now come to embrace the ability of social media to offer a dimension of discussion that enriches the conference experience for attendees, who can now reflect on the impact and shortcomings of new data in real time, as well as its ability to broadcast the key findings to interested parties unable to attend the meeting. Alongside this welcoming of social media support, ASCO has seen a rapid increase in physician tweeting (Figure) and use of the hashtag (a means of tagging content to make it easy for others to filter and participate) for meetings. This year, many of us who regularly use social media, most commonly Twitter, found it to be uniquely valuable for contextualizing the content presented at the 2020 ASCO Annual Meeting, which was entirely virtual because of the risk of coronavirus—the alternative to direct discussion with colleagues during and after the sessions at the live meeting that was always baked into attendance at the live meeting.

Bridging the Gap Between Patient and Physician Groups

An important element of social media has been the erosion of walls between professional and patient groups. Not only are many patients eager and interested to learn the latest results of major meetings, but patients and physicians together have come to increasingly occupy a common virtual space in cancer communities defined by hashtags. Starting with the breast cancer social media hashtag (#BCSM), a wide range of communities built around other tumor types have emerged to share information and discuss them together. This often occurs in regularly scheduled “tweet chats,” which are bridging the longstanding gap between patient and physician groups (Table). This has paralleled the increasingly common appearance of patient participants on live and virtual meeting panels.

Finally, patient groups have also taken to social media to share information and support for each other. This has been especially important for narrow patient subgroups such as those with a specific driver mutation. In recent years, groups such as the EGFR Resisters, the ALK Positives, the ROS1ders, and more have allowed their members to become profoundly knowledgeable about new and emerging treatment options, as well as to partner with clinical researchers to facilitate faster progress in developing and completing trials for these populations.

These advantages aside, some physicians prefer to remain on the sidelines for various reasons. Some remain wary about privacy; this can be around lost boundaries with their personal lives as well as concerns around shared patient information. In addition, there is the fact that much of social media is a convergence of physician and patient conversations without partitions—a new dynamic that may be challenging if people are unused to interacting across these lines outside of the exam room. Others may remain dubious about whether social media content provides incremental benefit beyond the traditional means of disseminating and discussing the latest news and insights in oncology.

Social media represents a change in how physicians interact with each other and with patients. However, its value is only escalating over time because of the broader network of colleagues sharing the conversation and especially during the time of COVID-19, where virtual interactions not only augment but also may be a needed alternative to in-person interactions. In this way, social media has become a remarkably valuable component of oncology practice today and likely even more tomorrow. 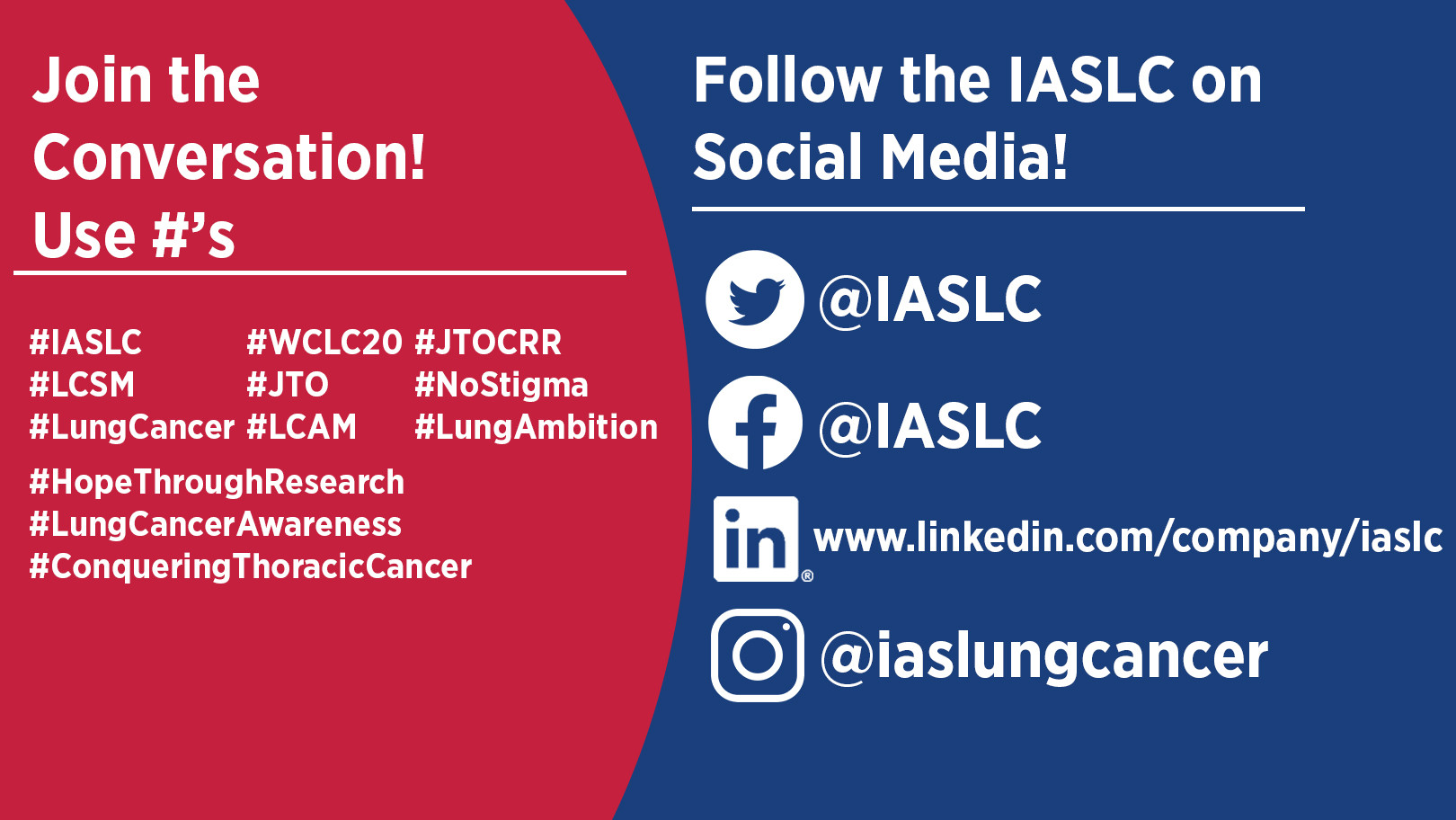 Immunotherapy Use in Patients With Lung Cancer and Comorbidities

Increasing Understanding about the Role Biosimilar Agents Play in Everyday Practice: A Q&A with Dr. Gary Lyman (Part 2 of 2)

COVID-19 and Lung Cancer: A Call for Immediate Action