Between 60% and 65% of patients with lung cancer receive their diagnoses at stage III or IV, meaning that one-third are unaware of their disease when radical surgery, either alone or with adjuvant therapy, could be curative.

But what if those numbers were reversed? Pursuing the widespread use of low-dose CT screening to make early diagnosis the norm is one of several strategies that could double the 5-year lung cancer survival rate by 2025, Giorgio V. Scagliotti, MD, PhD, professor of medical oncology at the University of Torino and interim chief science officer of the IASLC, said in the last Plenary Session (PL05: Affordable and Accessible Lung Cancer Care) of the meeting.

As former IASLC president, Dr. Scagliotti participated in the 2017 launch of the Lung Ambition Alliance, whose mission, he said, includes not only doubling the disease’s 20% 5-year survival rate within the next 4 years, but “to eliminate, in the long term, lung cancer as a cause of death.”

The organization’s game plan includes accelerating the delivery of innovative medicine and globally standardizing the quality of care. A third pillar, and the focus of Dr. Scagliotti’s talk, involves increasing early diagnosis through screening while improving diagnostic accuracy.

The Need for Expanded Screening

Despite the evidence provided by NELSON, NLST, and MILD—large studies demonstrating that low-dose CT reduces lung cancer mortality—“the real issue is the lack of awareness [in] understanding the benefit and effectiveness,” Dr. Scagliotti said. “The guidelines are not very well-acknowledged by the physician,” he said, with only 42% of surveyed doctors at academic centers considering screening very or moderately effective.

Dr. Scagliotti gave an example of how screening can lead to the earlier identification of lung cancers.

A typical hospital might screen approximately 2,000 high-risk individuals per year, leading to 30 lung cancer diagnoses. In addition, in conducting approximately 10,000 CT scans for other reasons, such a facility is likely to encounter about 2,000 incidental pulmonary nodules, Dr. Scagliotti said. Of these, around 150 will require additional follow-up, with 40 to 50 expected to lead to lung cancer diagnoses.

In all, 73% of those cancers would likely be stage I or II. But of the 250 to 500 annual cases of lung cancer typically diagnosed by oncologists in unscreened patients at such a facility, just 30% would be caught early, he said.

Therefore, Dr. Scagliotti suggested, the establishment of solid screening and follow-up programs will be crucial in shifting lung cancer diagnoses to an earlier setting.
Algorithm Creation

However, because two-thirds of incidental nodules pose no danger to patients, he cautioned that “we need to create a diagnostic pathway using patient clinical charts information, and in such a way we will be able, according to the [American College of Chest Physicians] guidelines for solitary pulmonary nodules, to create a risk-stratification algorithm” that will “distinguish between benign and malignant nodes.”

In fact, Dr. Scagliotti said, that type of algorithm is being designed by the IASLC’s Early Lung Imaging Confederation, which has established “an imaging database and computational analysis environment designed to enable the study of an extremely large collection of quality-controlled, internationally assembled CT chest images and associated biomedical data.” 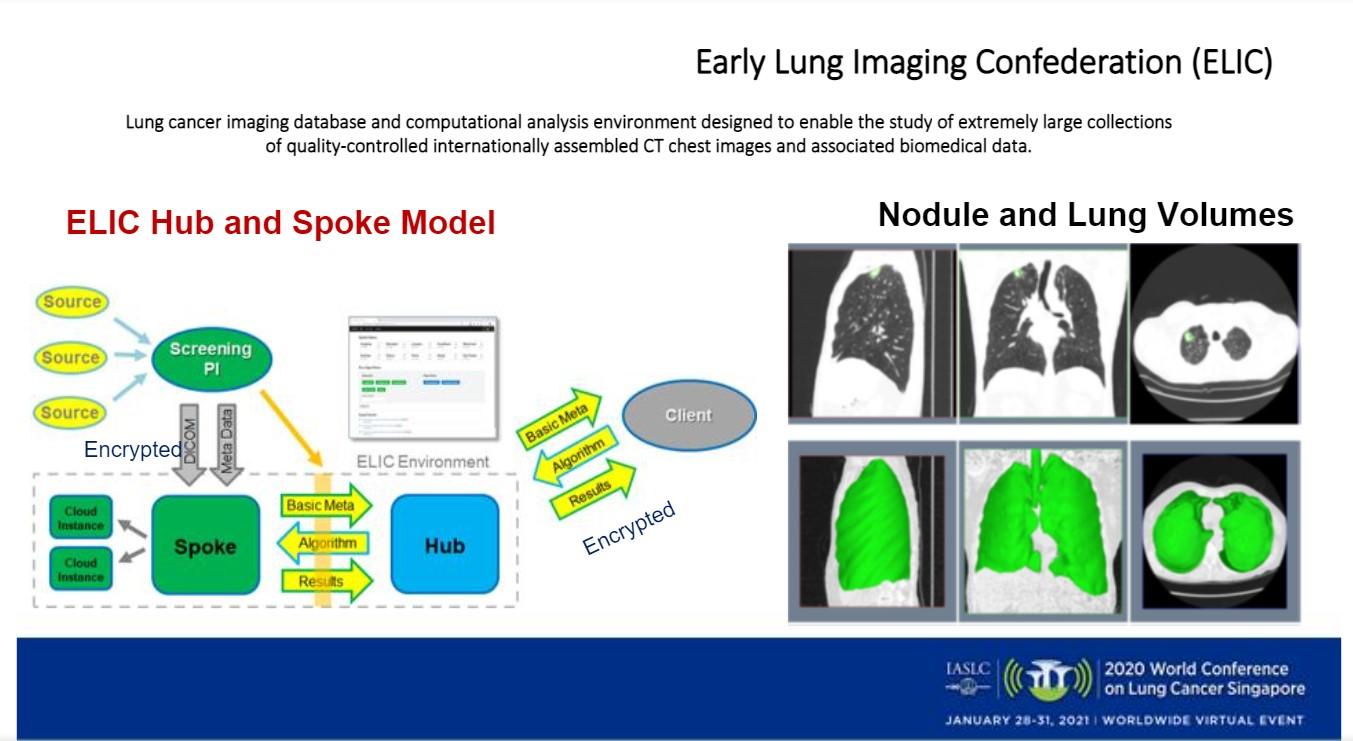 Nevertheless, Dr. Scagliotti said there are reasons to be hopeful that lung cancer mortality will continue to decrease—as it has over the past 20 years, mainly due to advances in targeted medicine.

He cited a 2020 study demonstrating that death from NSCLC in men dropped 6.3% between 2013 and 2016, exceeding the population’s 3.1% decrease in disease incidence between 2008 and 2016. The study found that men diagnosed in 2001 had a 2-year lung cancer-specific survival rate of 26%, versus 35% for men diagnosed in 2014.2 Women experienced similarly improved outcomes during those years, the study showed.

Other signs of progress, Dr. Scagliotti said, are that “we have positive data for lung cancer screening studies, a better understanding of cancer biology, [and we’ve started] looking to molecular tools to detect minimal residual disease after surgery or radical induction treatments.”

Eventually, he said, improved prevention and the use of radiomics, liquid biopsies and other biomarkers will contribute to better survival, as will artificial intelligence, which is poised to improve diagnostics, therapeutics, population health management and administration and regulation.

“All these pieces, potentially, will come together in creating what the different scientists are calling the human data science ecosystem,” Dr. Scagliotti said. “Obviously, our opportunity to impact the outcomes in lung cancer will be possible. We can eliminate the nihilism and the stigma associated with lung cancer and significantly accelerate the outcomes in this disease.”