Risks for the UKLS were calculated using LLPv2, which is a modified version of the published LLP model, which incorporates age, smoking duration, family history of lung cancer, history of previous malignancies and exposure to asbestosis and other potential respiratory risk factors (bronchitis, emphysema, tuberculosis and COPD) in addition to pneumonia, and treats cigar and pipe smoking as conferring an identical risk to cigarette smoking.

Lead by Prof. John Field, of The University of Liverpool, Liverpool, United Kingdom, researchers randomly allocated 4055 participants, October 2011 to February 2013, with either a single invitation to LDCT screening or no screening (usual care). Data were collected on lung cancer cases and deaths to 29-February-2020 through linkage to national registries. The primary outcome was mortality due to lung cancer. 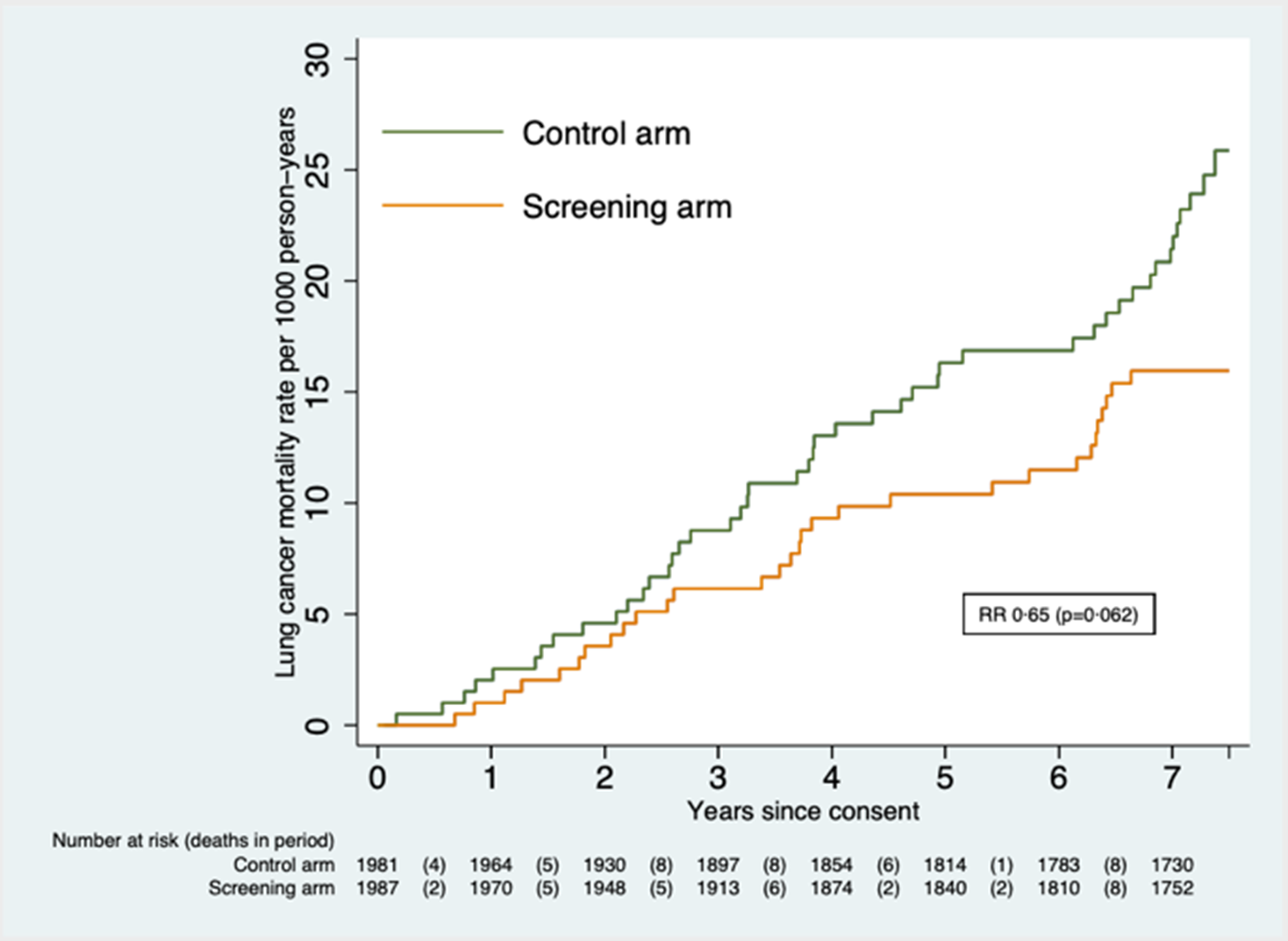 Additionally, Prof. Field and his team at U.K.-based centers also included their results in a random-effects meta-analysis to provide a synthesis of the latest randomized trial evidence.   This meta-analysis included nine previous trials on LDCT (in the table below).  Results from these nine randomized controlled trials were included in the meta-analysis indicated a significant reduction in lung cancer mortality. 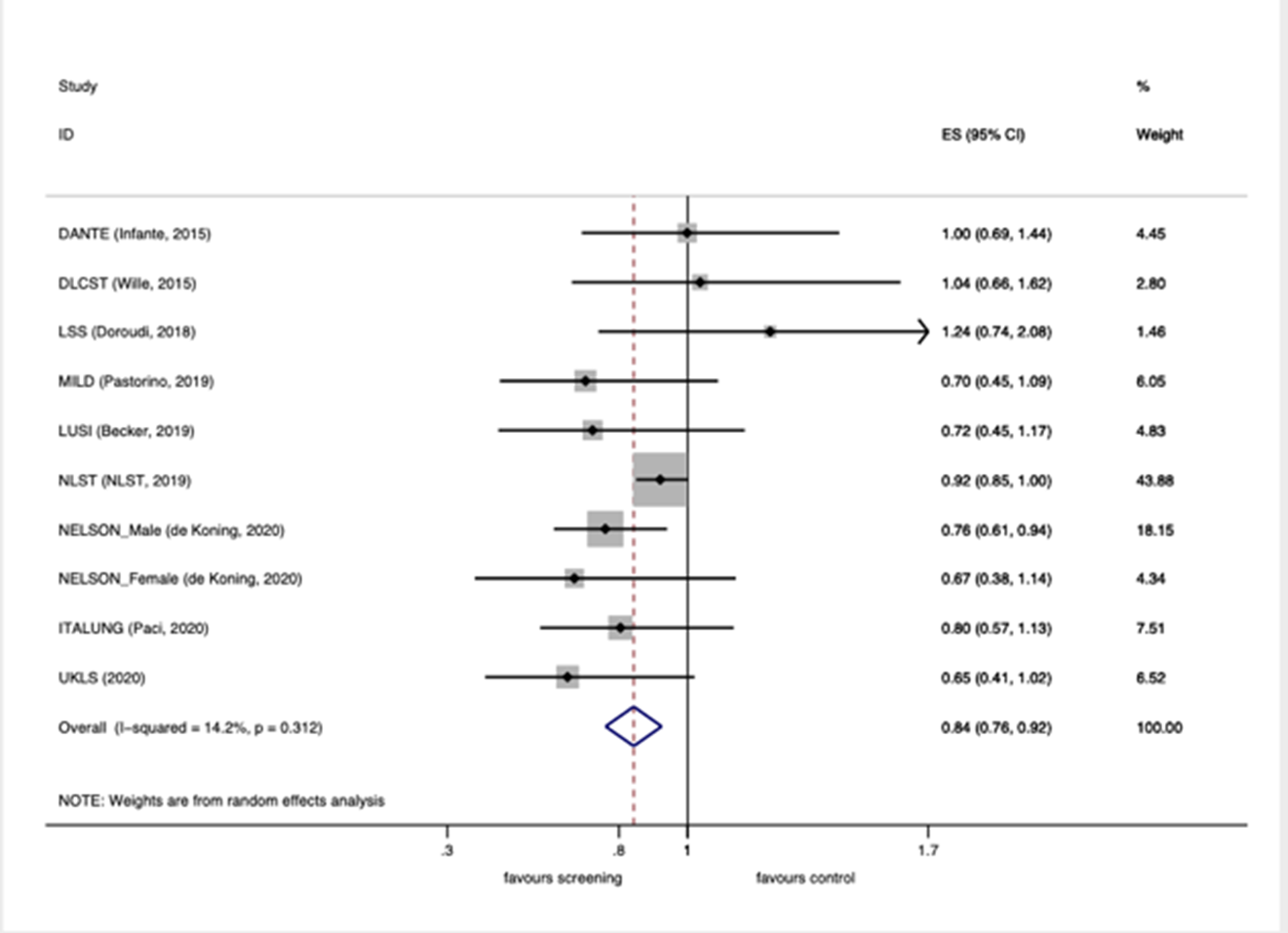 The International Association for the Study of Lung Cancer (IASLC) is the only global organization dedicated solely to the study of lung cancer and other thoracic malignancies. Founded in 1974, the association's membership includes nearly 7,500 lung cancer specialists across all disciplines in over 100 countries, forming a global network working together to conquer lung and thoracic cancers worldwide. The association also publishes the Journal of Thoracic Oncology, the primary educational and informational publication for topics relevant to the prevention, detection, diagnosis, and treatment of all thoracic malignancies. Visit www.iaslc.org for more information.

The WCLC is the world’s largest meeting dedicated to lung cancer and other thoracic malignancies, attracting more than 7,000 researchers, physicians and specialists from more than 100 countries. The goal is to increase awareness, collaboration and understanding of lung cancer, and to help participants implement the latest developments across the globe. The conference will cover a wide range of disciplines and unveil several research studies and clinical trial results. For more information, visit https://wclc2021.iaslc.org/.